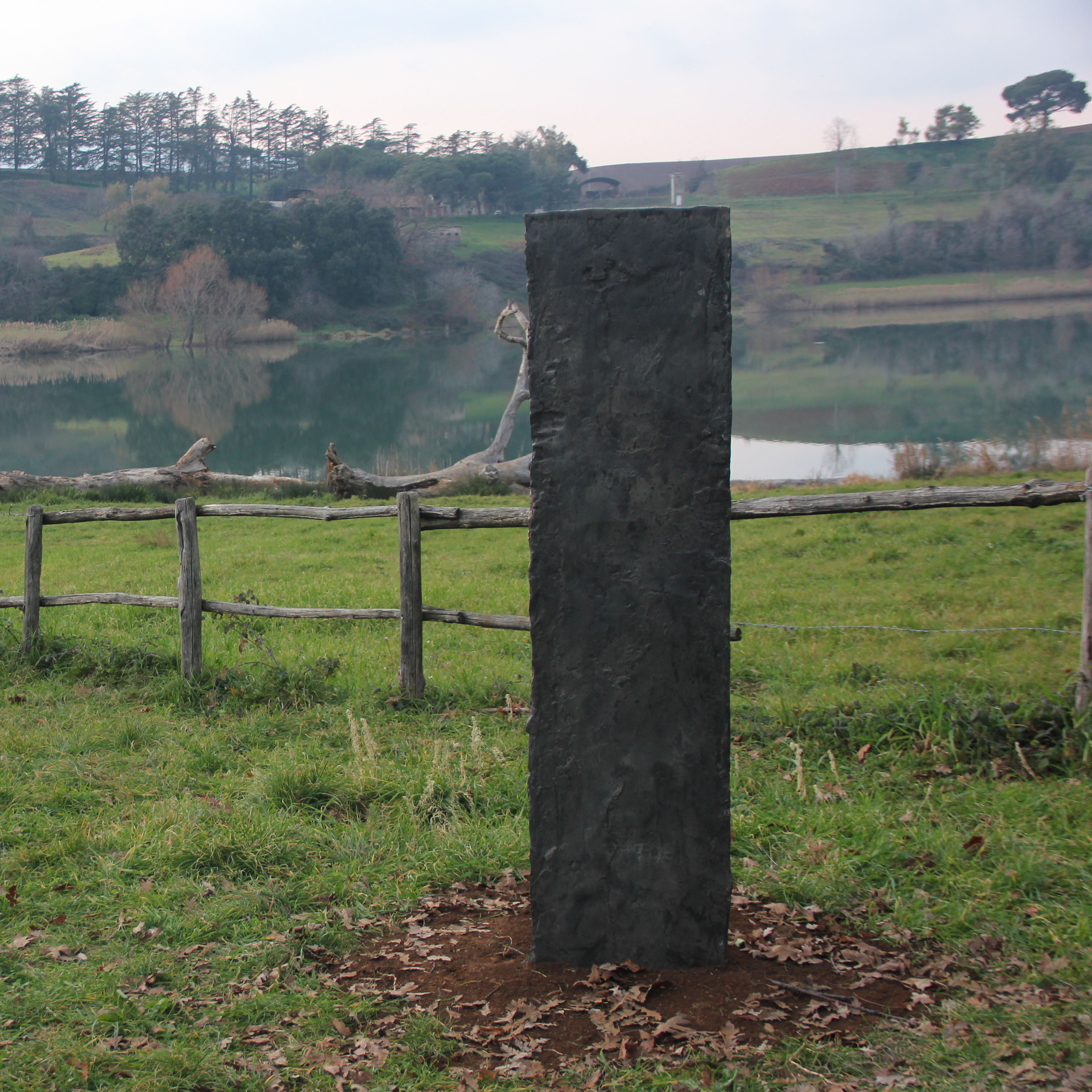 Sea (Cylinder Divided and Parted 113 km) by Francesco Arena puts in relation two different contexts and historical places: on one side the real place in which the work is installed, the southern Francigena of Lazio created by the walk of thousands of pilgrims and believers over the centuries; on the other side the route by boat that hundreds of thousands of human beings take daily across the Mediterranean Sea looking for better living conditions. The Francigena ways that connect northern Europe to southern Italy establish a connection with an opposite route that goes from south to north, from Africa to Lampedusa, the first European border. Both of the paths are walks of expectation, faith, hope that solicit cultural reflections the same subject of the workshop that will involve the students of the middle school “Salvatore Marchetti” (Giulianello). The work behaves like a milestone that marks these two distances, a monolith divided in two through a trauma. After having shaped the clay into a cylindrical monolith, a block 180 cm tall, the artist split this menhir in two vertically cutting and pulling in opposite directions. From these molds two pieces in wax were obtained, then cast in bronze. The two final sculptures will preserve in their shape the distortion generated by the action of the tear of division. One half of the monolith is installed on the shore of the natural monument Lake di Giulianello, and the other half along the Francigena (corresponding with the Ancient Via Consolare Appia) at Terracina. The distance between the two amounts to 113 km, the same distance that separates Africa and Europe. The two sculptures will be a symbol of historical and social trauma that paradoxically is happening on the shores of the Mediterranean Sea which has represented for a thousand years the efforts of a unique culture composed of many people. To this day some of them see Europe as a place to restart, far from poverty, war, violence, a promised land that after two world wars and the shoah built a civil society that welcomes, includes, comprehends, and is as supportive as a civilization could be.