Throughout the ages, routes reveal the necessity to find spaces of liberty: during the centuries, thanks to these itineraries peoples defined and shared cultural aspects relative to the sacred, traditions, episteme, and memory. They explored and were confronted with history, time, and the unknown. Still today people live by following the rhythm of the walk, of nomadism that leads sight towards the discovery of other landscapes, other goals, other possibilities of life, and other inner and physical desires.

Starting from a historical reflection on the Ancient Vie Francigene upon which were undertaken long and difficult trips, encouraged by faith, Meridiani is rooted in contemporary Francigene paths that are transformed into symbolic spaces of solidarity and cultural exchange through contemporary art. Of these routes marked out by pathway, the southern Francigena of Lazio, preserves the trace of the social vocation of Europe towards the Mediterranean, North Africa, the Middle East, the Atlantic Ocean, the Americas, and towards the Indian Ocean and Asia. In the eastern Francigena of the Lazio region, the cultural access of the Roman Empire winds towards the heart of the Apennines and beyond to the Adriatic Sea and Balkan cultures. It is through the southern Francigena that the sanctity of Rome connects with that of Jerusalem, and spreads throughout the millenary cultures of the Mediterranean. In this “sea in the middle of the land” the division from north and south imposed by strategies of neoliberalism and hyper-capitalism vanish in the meridian. This imaginary bow that connects, unites, establishes relationship in human living, an immaterial sign that offers itself as a symbol of urgency of a new political project, capable to erase the economical discriminations and return dignity to a human geography offended by indifference.

To build a sustainable future for everybody is a journey that requires a map and a route that is both authentically egalitarian and sympathetic. Meridiani is a call to connect communities and history, to orient oneself relative to others, to rebuild aesthetic equality. The paths marked by pilgrims and travelers over the years go beyond geopolitical, historical and personal boundaries. It defines new narrations of the sense of time and space, human relationships, civil engagement, collective and individual consciousness and historical layering. 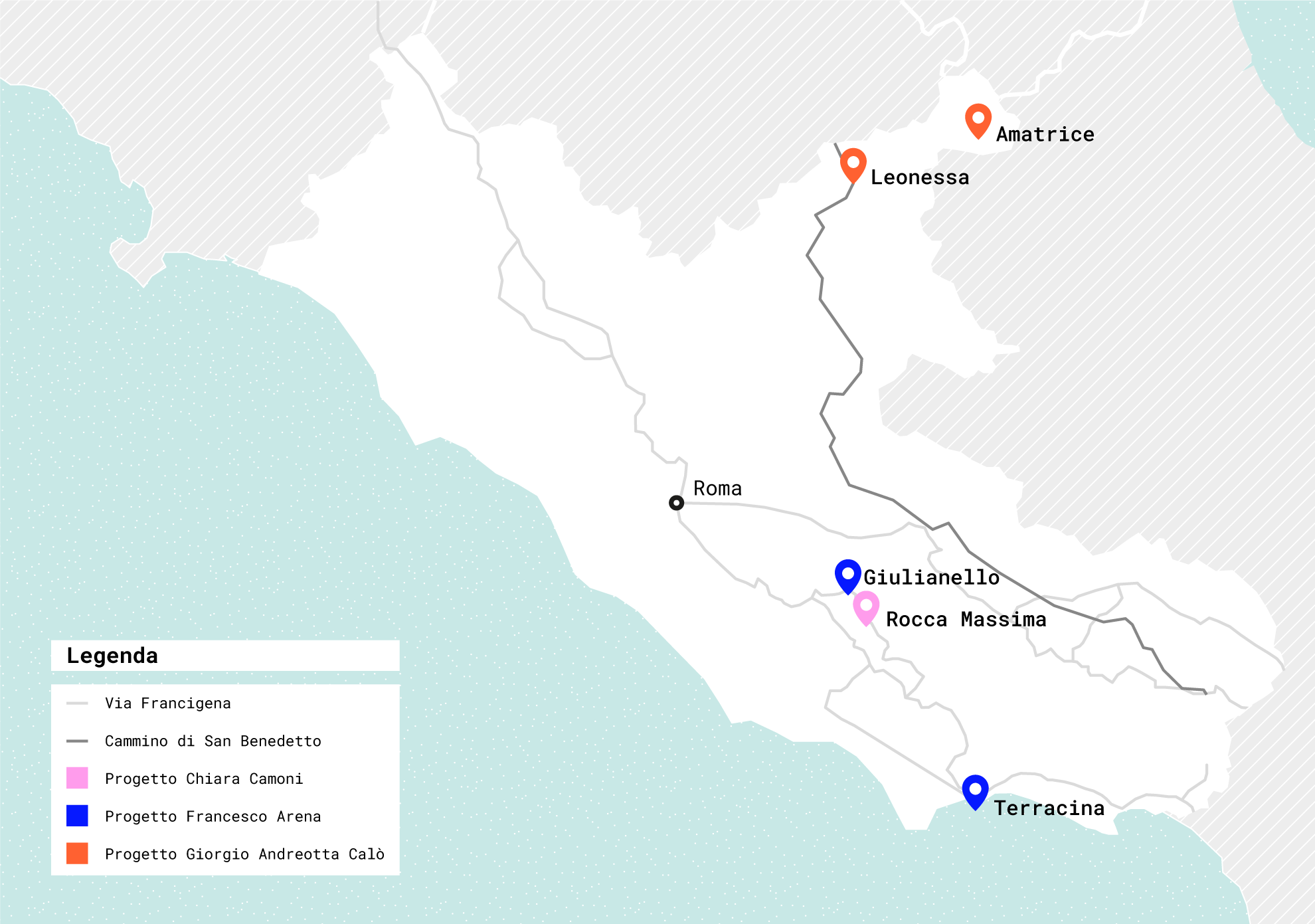