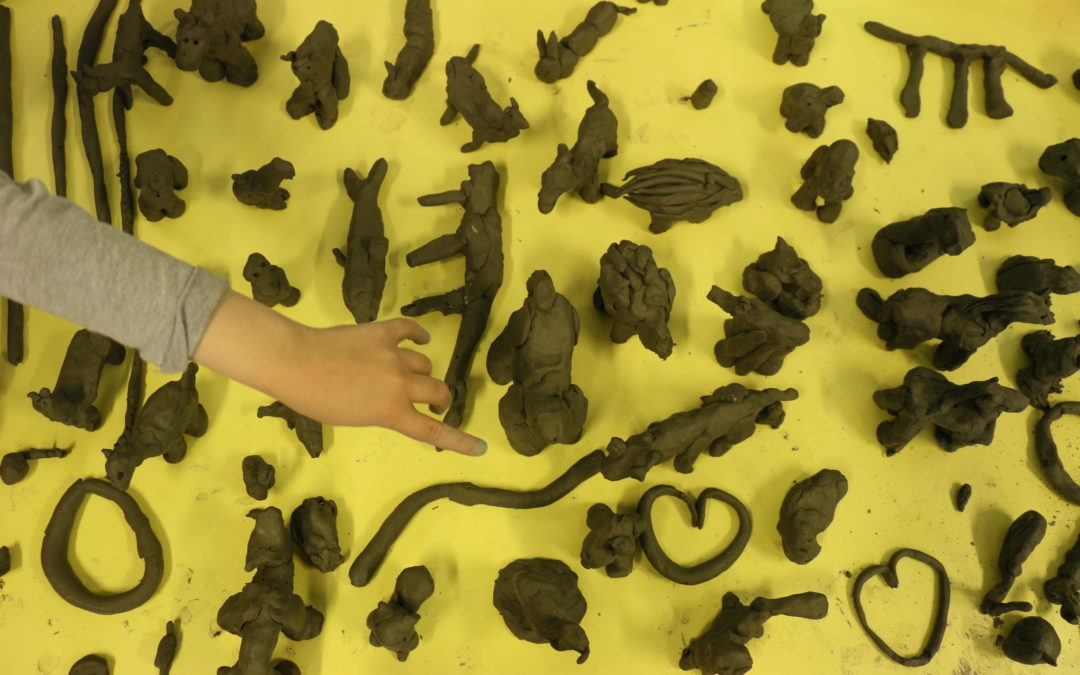 The workshop, which involves the students of the preschool, will begin with a reflection on Chiara Camoni’s work Between Land and Sky, which will be realized at the Fontanile Cona and the Fontanile Canalicchi of the municipality of Rocca Massima.

Raffaella Frascarelli will introduce a brief story of domestication, the socioeconomic consequences of this behavior, cultural implications,  and explaining what metaphysical living is, all the while using plain and simple language addressed for the children.

Following, the artist Chiara Camoni will lead the children in creating clay sculptures that will represent the domesticated and wild animals that live in the surrounding areas (horses, sheep, cows, foxes, boars, rabbits, birds, etc.). These animals are the same that are represented in the carved frieze and the chestnut poles that will support the pergola that is a part of the work. The small clay sculptures will be fired in the school’s kiln and they will be installed inside the ‘cona’ that is found near the Fontanile Cona.

The materiality of the workshop that inspires in the children a consciousness of artistic and aesthetic nature will correspond to a ritual action that will bring back to life the sacred function of the place. Once it was a devotional place whose purpose was to protect the precious water of the fountain, the ‘cona’ will house the animal sculptures as a sign of a new sensibility which recognizes nature as the core of devotion. The necessity to protect the environment from devastations which are transforming the planet with unpreventable consequences that obliges the human community to adopt consciousness and critical point of view starting at an early age. The small gesture of modeling animals out of clay, that live in proximity to Camoni’s work is a political sign of the children’s determination to protect a natural heritage which belongs to them, and needs to be known, defended, and protected.

In September 2019, during the inauguration of the work Between Land and Sky, the children will install the small sculptures with the artist: parents, grandparents, uncles and aunts, friends and family members, the entire community will be invited to participate in this magical rite. The true magic is that which allows us to build communities and share: the children will become artists with this gesture, as well as custodians that will look after the work and natural landscape, critical figures of choices that a community may face any day, severe judges of social behavior in relation to a material and immaterial heritage that is cultural, territorial, and environmental. 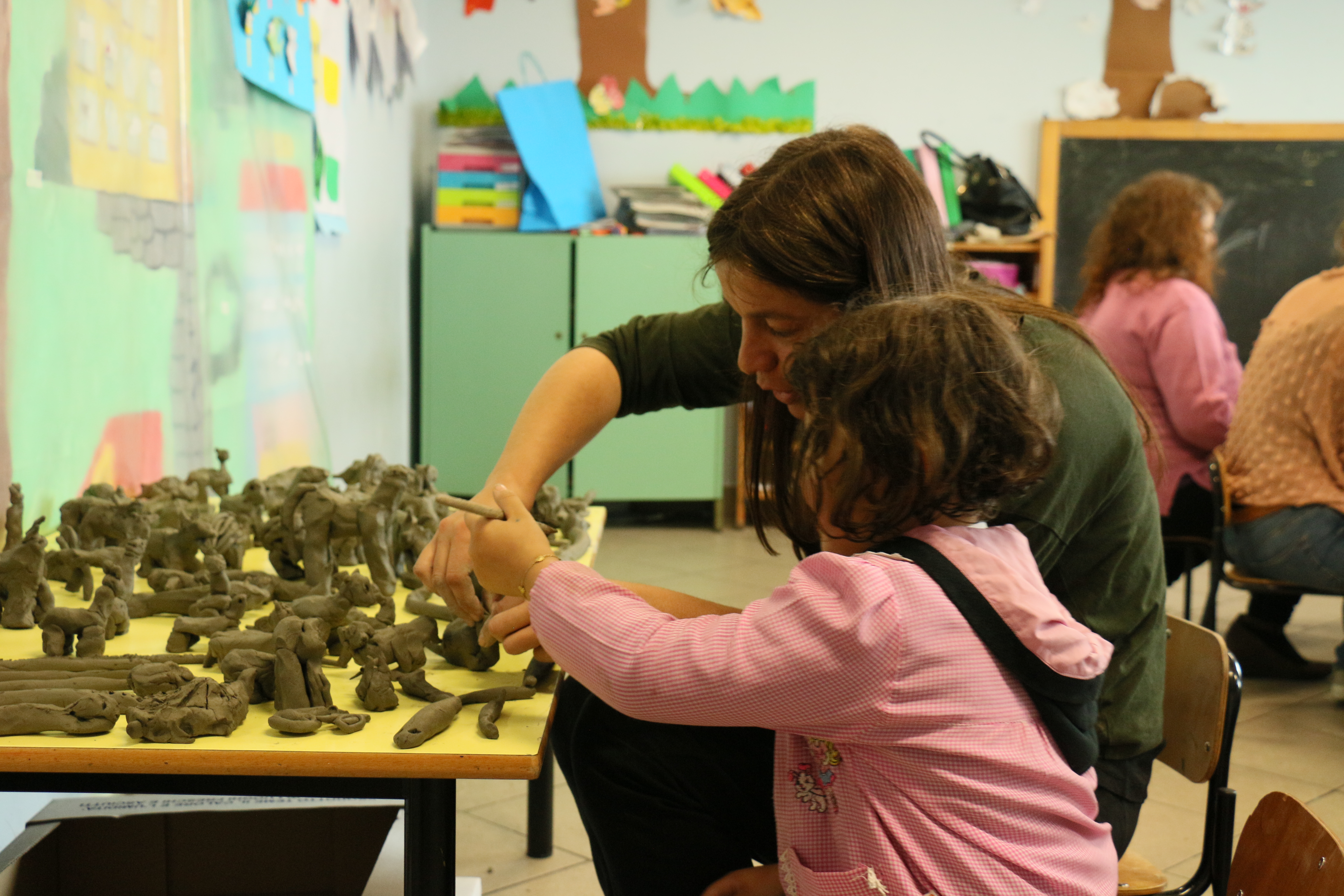 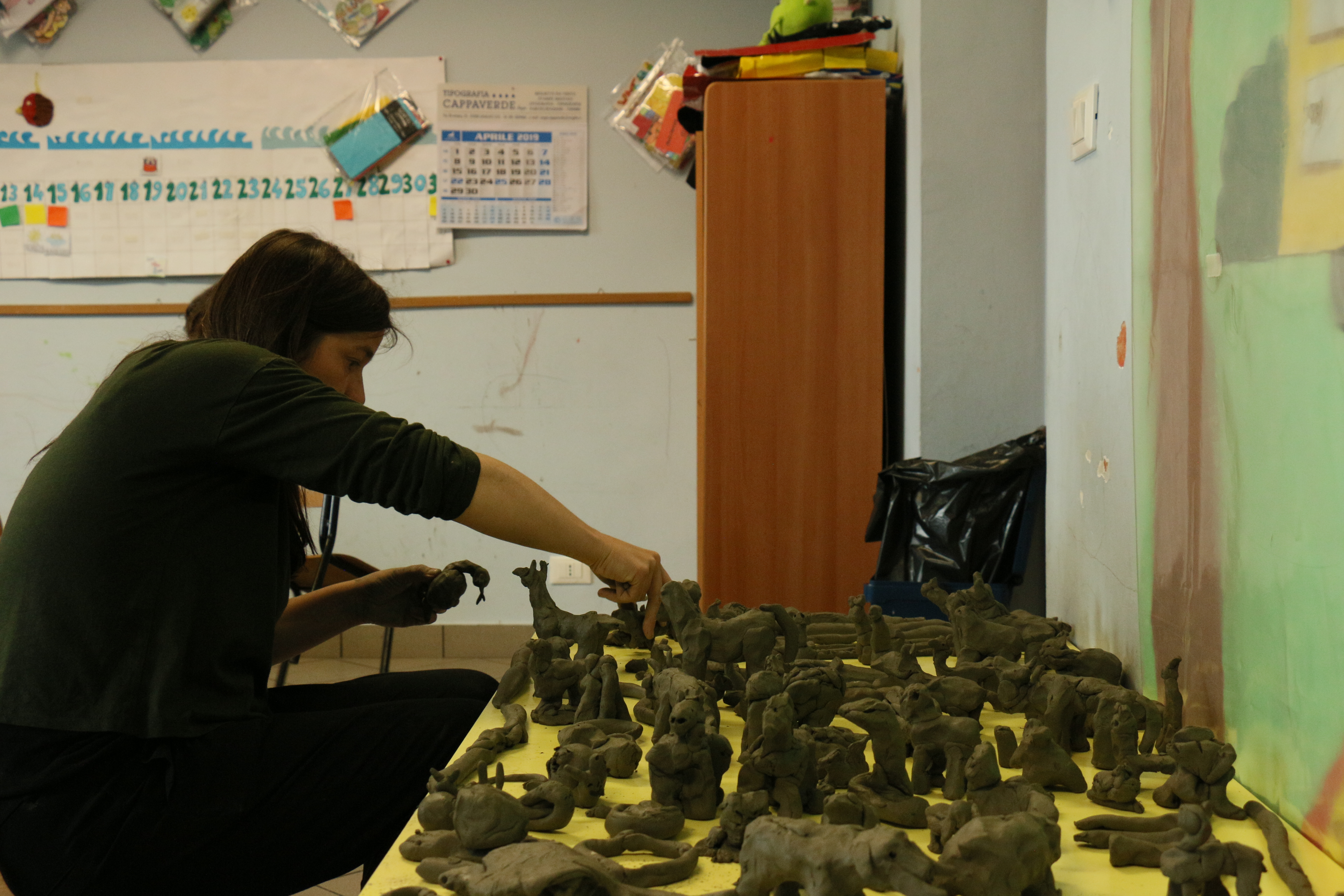 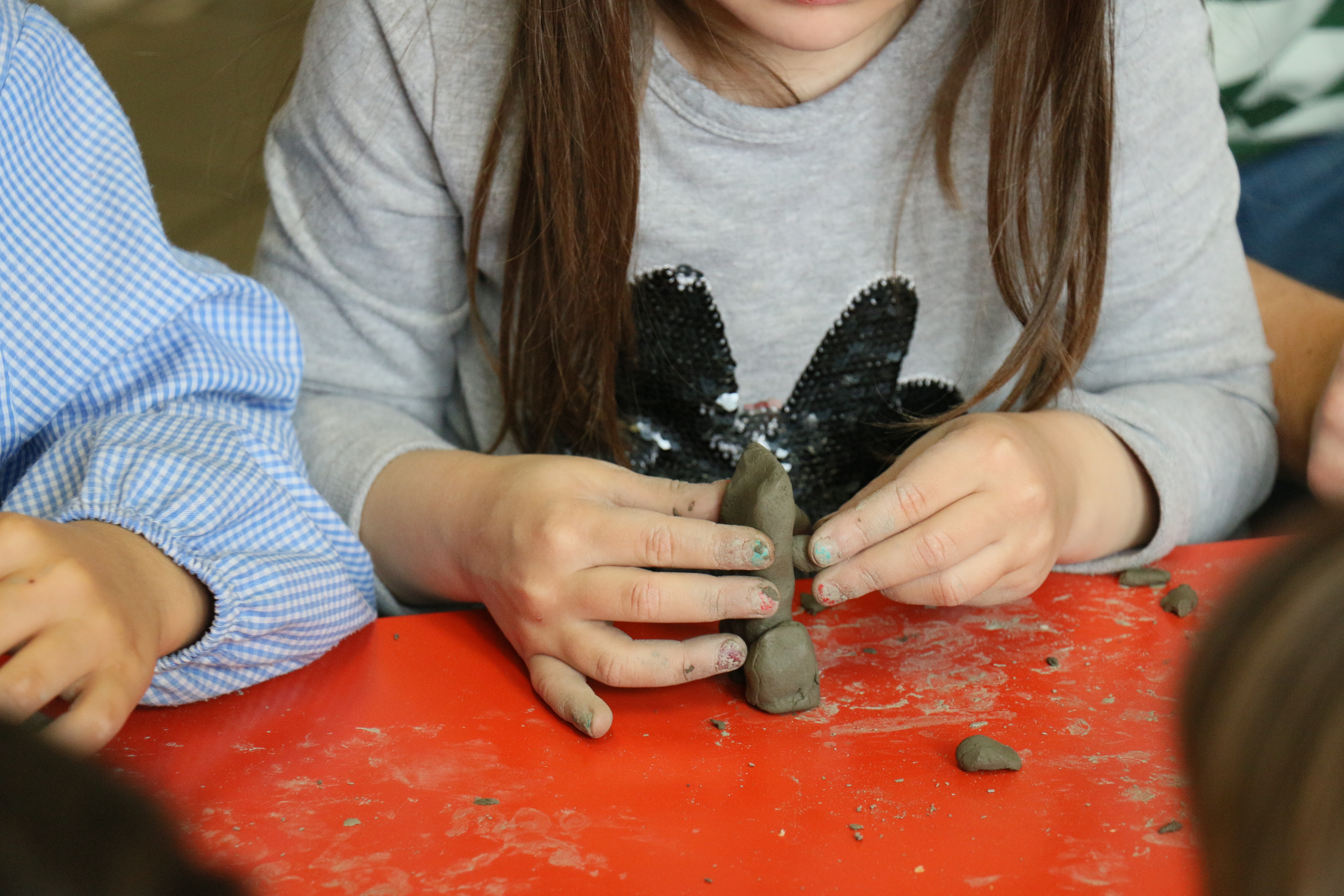 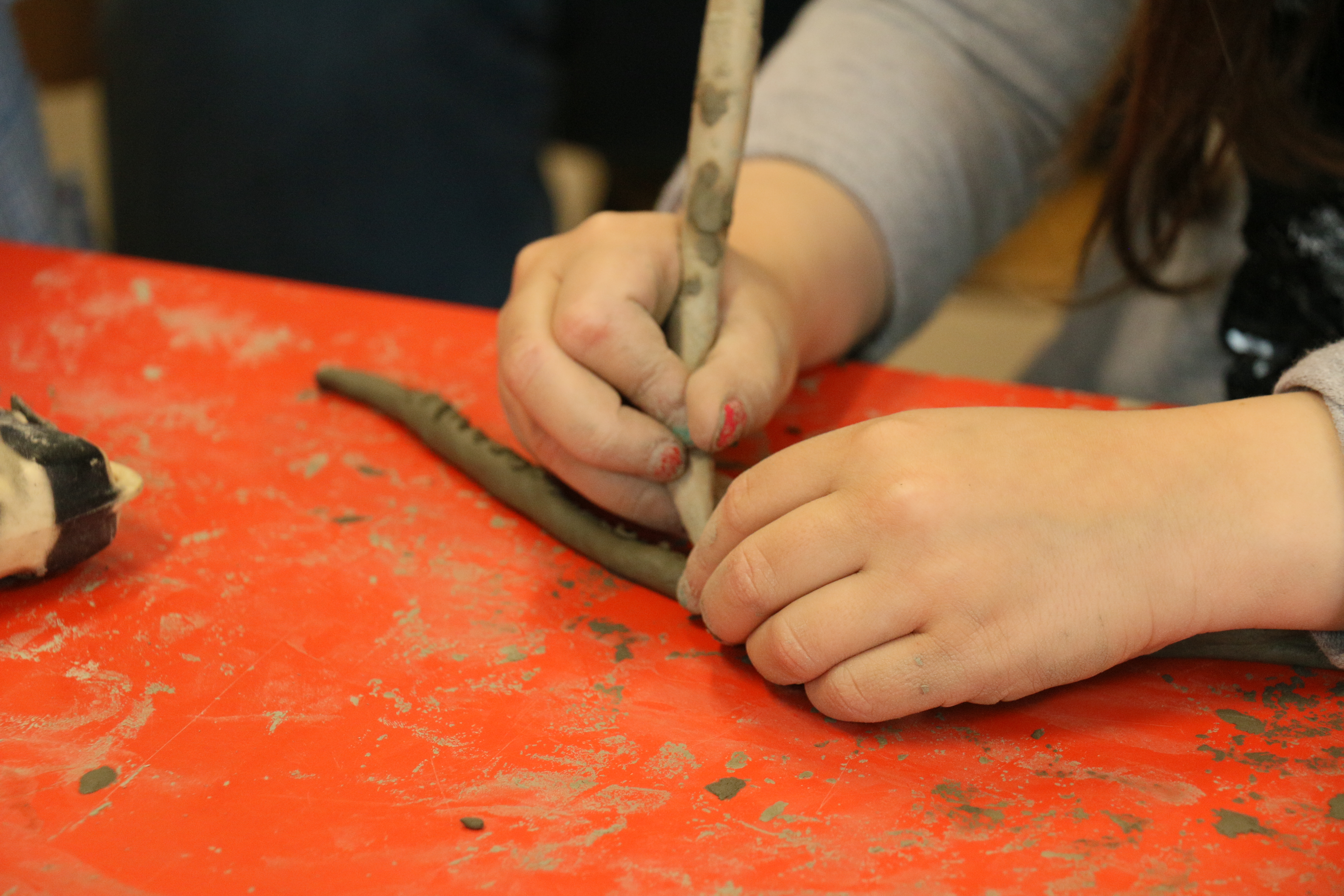 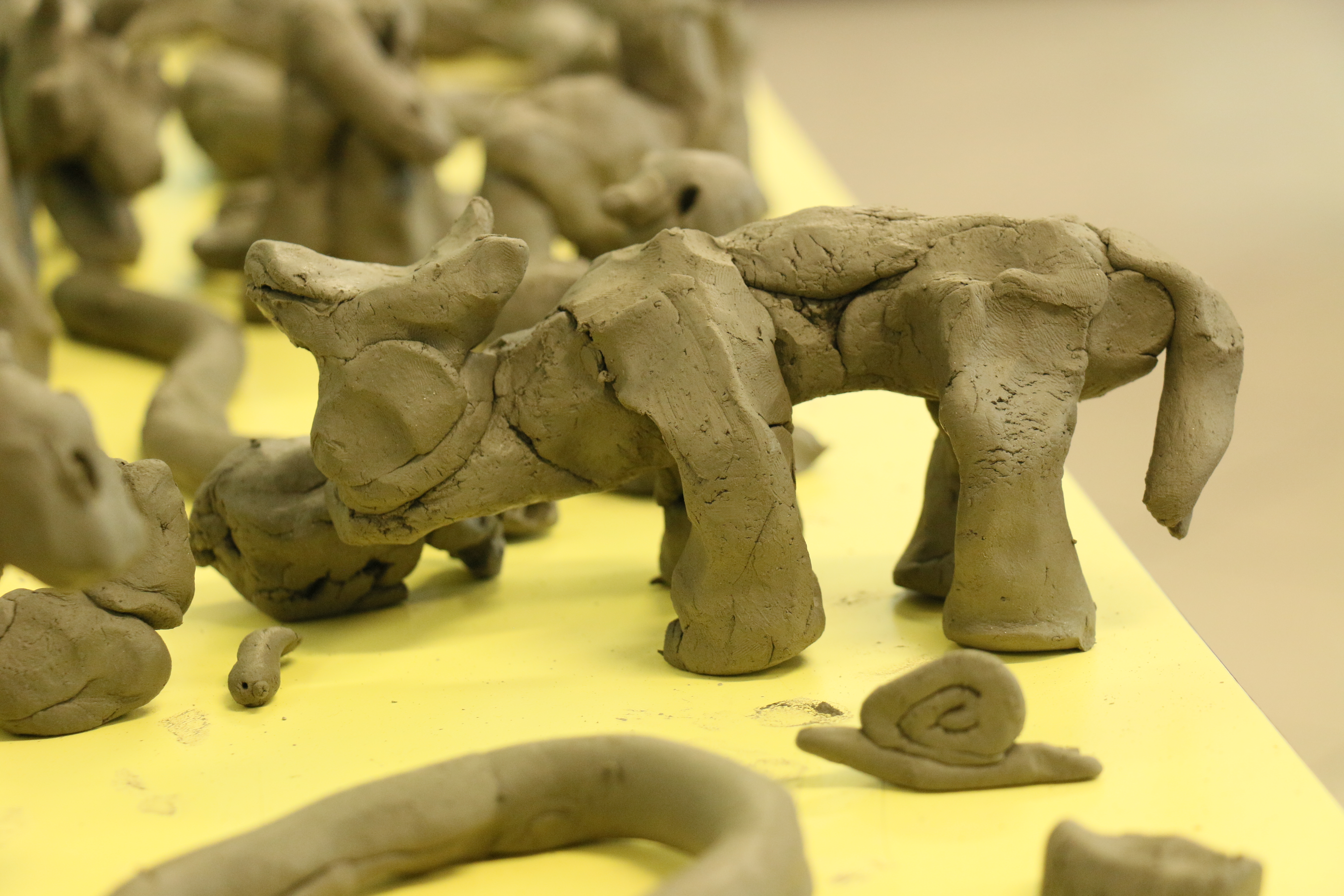 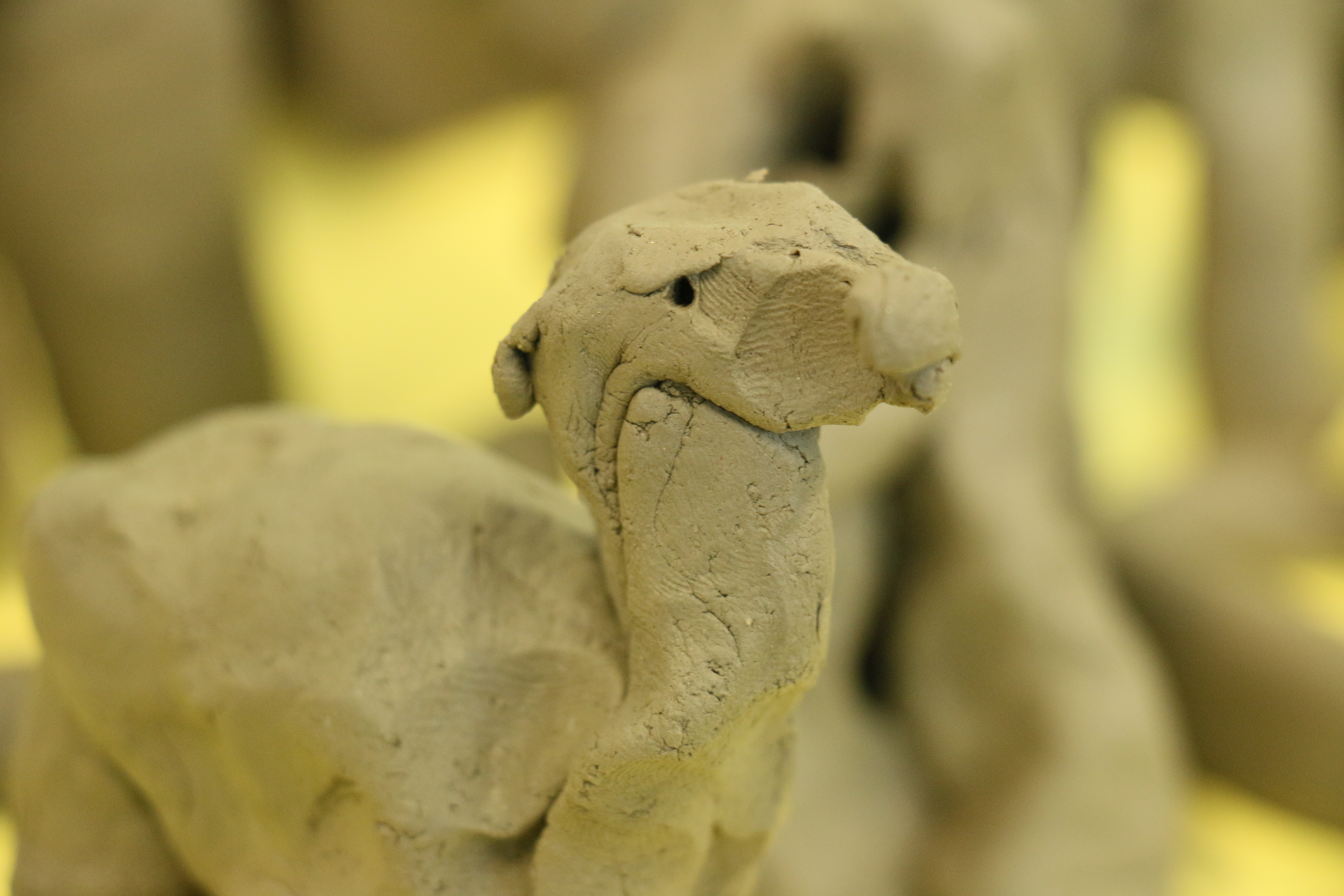